Category: All About Skin

Retinol vs. Retin A 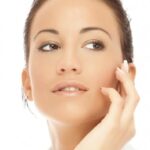 A very popular question I hear is “What is the difference between Retinol and Retin A?”  Are they the same? Are they different?  Well, here is the answer for you.  Both Retinol and Retin A are forms of Vitamin A. Vitamin A has been shown to have many anti-aging and anti-wrinkle properties.  However, Retinol is… Continue Reading »

The summer may be coming to an end, but don’t forget to keep your skin protected all year round. You should always use at least SPF 30 on your face everyday. Sunblock is essential to prevent sun damage and wrinkles.  We have a new Inland Cosmetic Surgery brand SPF 32 sunblock cream with Zinc oxide… Continue Reading » 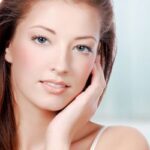 Patients who had Botox injections and used the Obagi Nu-Derm skin care system were both more satisfied with their results and found greater improvement in overall facial appearance compared to patients who had Botox treatments with placebo, according to clinical trial results. Obagi Nu-Derm works by exfoliating and stimulating cell turnover, so skin behaves and… Continue Reading » 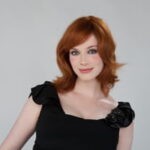 Mad Men actress Christina Hendricks is the newest celebrity spokesperson for Latisse®, which has kicked off its second Wishes Challenge. The actress is encouraging women to join her in the challenge to raise $500,000 for the Make-A-Wish Foundation, which is dedicated to granting the wishes of children with life-threatening medical conditions. If you’re one of… Continue Reading »

Latisse, with its famous spokespersons that include Brooke Shields and Claire Danes, has become well-known as an eyelash enhancer since it was approved by the FDA in 2008 for use on the top lashes. What you may not know is that some are using it to regrow other hair as well, as some doctors prescribe it… Continue Reading »

Is VISIA Skin Analysis Worth Using? 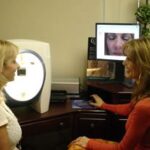 The Beauty Brains is a blog that features scientific answers to common health and beauty questions. Today, they answered a question about VISIA Skin Analysis, a device that we use at Inland Cosmetic Surgery. The verdict on VISIA, according to The Beauty Brains is: For the most part, it’s useful in establishing the baseline condition… Continue Reading »

An Anti-aging Tip that Will Make You Smile 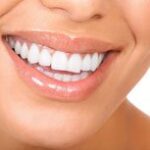 Between your cosmetic procedures, don’t forget about everyday ways to fight aging. You probably hear some of the more common tips again and again, such as wear sunscreen and don’t smoke. But one tip you may not have thought of as anti-aging: flossing. Flossing daily isn’t just good for your smile—it may help fight the… Continue Reading »

Wake Up Your Skin 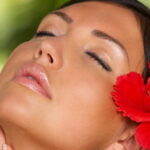 Schedule Your Complimentary Skin Care Consultation with our Esthetician, Marlene, today to find out about which options are right for you. The Obagi Condition & Enhance System is the essential component to improving the overall results of your facial rejuvenation procedure. This system contains a proven therapeutic combination that works at a cellular level to… Continue Reading »

The U.S. FDA gave clearance last month to a new drug used in sclerotherapy, the cosmetic treatment of varicose and spider veins.  Asclera, also known as polidocanol, is injected into the targeted vein, causing damage to the cell lining and then vein closure. “Asclera is indicated for the treatment of small types of varicose veins… Continue Reading » 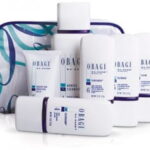 According to a complaint filed in California Superior Court, Los Angeles County, Obagi Medical Products is being sued by its founder and former owner Dr. Zein Obagi, alleging that Obagi Medical interfered with the distribution of a new line of anti-aging products developed by Dr. Obagi for his current company, ZO Skin Health. Apparently, the… Continue Reading »