Gone are the days when fashionable women hoped to make their butts look as small as possible—while many of us remember this fad, it was a historical anomaly. It’s long been thought that having some substance to your backside is a good thing! A full, round buttocks represents a strong, healthy body, looks great in… Continue Reading »

5 Restaurants in Rancho Cucamonga That Won’t Derail Your Diet

Life is busy, and sometimes it can feel impossible to balance work, cooking, exercising, cleaning, and parenting on a day-to-day basis. Treating yourself to a meal out can make all the difference in your workload, but dining out often means forgoing healthy choices for convenience. We’re lucky to live in a place with a diverse… Continue Reading »

All You’ve Wanted to Know About 4D Body Contouring 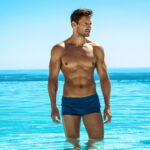 Magazine covers never cease to feature the latest “secrets” for getting great abs, but they all seem to say the same thing: strength train to build muscle, do cardio to burn fat, and eat a healthy, balanced diet. But what if you are already doing all of those things, yet still lack the six… Continue Reading »

Mommy Makeover Procedures to Restore Your Body for Spring 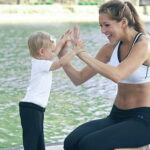 If you have hit a wall on your journey back to your pre-baby body, consider the benefits of cosmetic surgery procedures that can target some of those problem areas. Dr. Haiavy has helped many mothers get their body back after pregnancy with mommy makeover procedures in Rancho Cucamonga. He can put together a customized package… Continue Reading »

3 Ways a Mommy Makeover Can Restore Your Figure 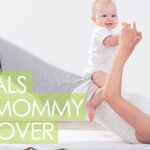 Pregnancy can change your body in many ways, making it difficult for you to get your youthful figure back even with a good diet and exercise program. We offer mommy makeover packages that can restore your figure after having a baby, and can often even boost your self-confidence. If you’re ready to invest in yourself… Continue Reading »

Arlington Heights, Ill.– Patients undergoing cosmetic liposuction and/or abdominoplasty (“tummy tuck”) procedures report significant improvements in self-esteem and quality of life, according to a study in the April issue of Plastic and Reconstructive Surgery®, the official medical journal of the American Society of Plastic Surgeons (ASPS).

Study Shows Improved Quality of Life and Other Benefits

The patients’ average age was 42 years; 85 percent were women. Thirty percent of patients underwent other cosmetic plastic surgery procedures (such as face lift or breast augmentation) at the same time. Outcomes were assessed an average of four months after surgery.

Ninety-eight percent of patients undergoing liposuction plus abdominoplasty said they would undergo the procedure again and 99 percent that they would recommend it to others.

Overall, 86 percent of patients reported an improved sense of self-esteem after surgery. About 70 percent reported improved quality of life, more commonly after liposuction plus abdominoplasty.

Quality of life is an increasingly important focus measure of effectiveness for all types of medical and surgical treatments. Even though liposuction and abdominoplasty are among the most frequently performed cosmetic surgery procedures, few studies have formally evaluated their impact on quality of life and other patient-reported outcomes.

“Liposuction and abdominoplasty, individually and in combination, produce high rates of patient satisfaction and reliably improve self-esteem,” Dr. Swanson writes. By formally assessing these important outcomes in a large number of patients, he hopes his study will provide a clearer picture of the expected results and recovery times associated with these widely performed cosmetic surgery procedures.