Home » Around the Area » Community 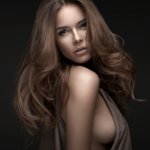 You’re Cordially Invited to Our Patient Appreciation & Open House Event! We will be having an educational cosmetic surgery seminar by Dr. Haiavy and Dr. Tower about the newest trends in aesthetics including surgical and non-surgical proceudures. We will also have amazing injectable & laser specials the day of the event only! We can’t reveal… Continue Reading » 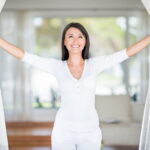 Spring is here! Time to get moving, declutter, and let some fresh air in—and we’re not just talking about your home. Whether you are suffering from the winter blues, have put on a few pounds since the holidays, or are just ready for a fresh spring look, now is the perfect time to clean up… Continue Reading » 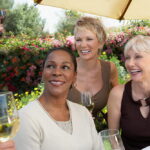 It’s official: spring has arrived! With it comes longer days, beautiful weather, and a variety of great ways to enjoy and experience Rancho Cucamonga. Whether you’re visiting for a long weekend, taking a “staycation”, or simply wanting to fall back in love with your town, check out some of these great things to do, see,… Continue Reading »

Learn How to Ditch Your Double Chin at Our Kybella Open House! 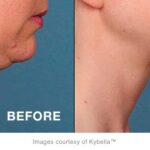 Looking to say “so long!” to excess fat under your chin? You’re in luck! Here at Inland Cosmetic, we now offer Kybella®, a one-of-a-kind injectable solution that helps slim down your double chin—and we’re hosting an exclusive event to help you learn more! Join us for our Open House on Wednesday, March 23rd to quench… Continue Reading »

Looking for the Perfect Last Minute Gift? Check Out Our Additions to Oprah’s Beauty Gift Guide 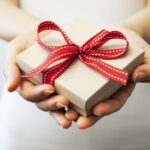 We’ve all been there: you’ve wrapped all of the gifts you lovingly selected for friends and family, but just as you’re about to put the scissors and tape away, you realized you forgot someone. Luckily, Oprah has made shopping for the beauty lover in your life easier than ever with her annual beauty gift guide…. Continue Reading »

“While the rate of economic recovery in the U.S. is still uncertain, 2011 proved to be a good year for plastic surgery,” said ASPS President Malcolm Z. Roth, MD. “Consumer confidence was up, auto sales rose 10 percent, so it is not surprising that we would also see increased demand for plastic surgery procedures.”

“We are seeing notable increases in surgical procedures, such as facelifts, that reflect the demands of an aging boomer population,” said Dr. Roth. “However, the overall growth in cosmetic procedures is being primarily driven by a substantial rise in minimally-invasive procedures.”

Soft tissue fillers like hyaluronic acid (Restylane®, Juvederm Ultra®, etc.), calcium hydroxylapatite (Radiesse®), and fat injections experienced some of the largest growth in the minimally-invasive market during 2011. More than 1.3 million hylauronic acid procedures were performed in 2011, up 9 percent; 286,000 calcium hydroxylapatite procedures, up 36 percent; and 68,000 fat injections, up 19 percent.

Reconstructive plastic surgery, which improves function and appearance to abnormal structures, increased 5 percent in 2011. The top five reconstructive procedures were:

Breast reconstruction rates continue to rise, with more than 96,000 procedures performed last year, up 3 percent since 2010.

“While insurance coverage for breast reconstruction is mandated by law, continued strides to provide coverage for other reconstructive procedures has contributed, in part, to the sizable gain that we are seeing with these procedures,” said Dr. Roth. “Reconstructive surgery is a critical pillar of the specialty, and it is encouraging to see that increasing numbers of patients entrust board-certified plastic surgeons to reconstruct their bodies after disease or trauma.”

ASPS members can report procedural information through the first online national database for plastic surgery procedures, Tracking Operations and Outcome for Plastic Surgeons (TOPS). This data, combined with the annual survey sent to American Board of Medical Specialties certified physicians most likely to perform these procedures, results in the most comprehensive census on plastic surgery.

Welcome to Our Plastic Surgery Blog

Thanks for visiting our new blog.  Here you will be able to find information on plastic surgery news, recent trends, special offers, and the latest events happening at our office.  We want to stay in touch with our local community and present news that will be relevant to our patients.

Are you interested in health, beauty and cosmetic surgery? Do you write a blog or participate in online discussion forums?  Leave us a comment and we’ll add you to our links.